Terroir is the French word for ‘soil’. In the context of wine it has two very specialised meanings. The first refers to the influence of both the general and the specific environment in which the vine grows: the individual site and topography, soil and geology, general climate and specific weather patterns. The second refers to particular – and positive – tastes and qualities in the wine that are claimed to be the consequence of these environmental influences. I suggest a useful way of thinking about it in the illustrations above, and in the accompanying caption.

As a concept, terroir divides people because there is a considerable disagreement as to what, if any, the connection is between the site and the wine. And, more importantly, whether it isn’t possible to make just as good wine using the best-possible practices in the vineyard and winery, but without the benefits of a special location. This is similar to the nature-versus-nurture debate about you and me, and is just as ticklish to resolve.

Those who possess a so-called privileged site – a terroir – will insist that its ‘nature’ has the potential to imbue the juice of the grape, and subsequently the wine, with qualities of taste and texture that we value highly. And which a less privileged site will never be able to match, however good the ‘nurture’ of the winemaking. 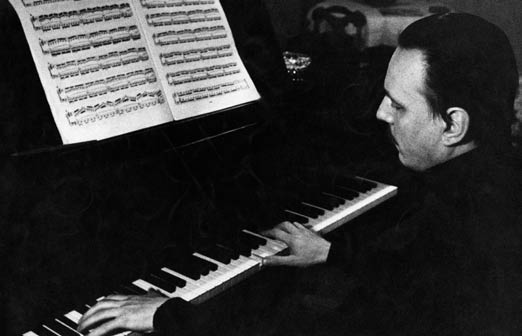 RIGHT One way to think about terroir – there are many! Man is necessarily part of the concept of terroir, if only because, without the intervention of viticulturist and winemaker, there would be no expression of terroir at all. Just as written music is silent without an instrument and player, so vineyard terroir is mute in the absence of grapes and winemaker. The parallels are not exact, but they are, I think, illuminating. As an interpreter you cannot make a composition or a terroir better than its potential, but you can reveal the qualities it has. The quality of your instrument or your fruit will affect the final expression of music or wine, and while there is room for interpretation, extreme performances will say more about the performer than the music or the terroir, and will tend, in both cases, to mask or distort the nature of the original. You can imagine how the simple, transparent purity of Bach’s prelude above (unadorned with interpretive markings), could easily be distorted or poorly played; but magical renditions will be made by great artists, such as Michelangeli here.

IS TERROIR IMPORTANT FOR ALL WINES?

Absolutely not. For the vast majority of wines, what matters is simply good husbandry in any vineyard that will grow good grapes, followed by attentive winemaking, a combination that produces the bulk of juicy, regular beverage wine. But the copious availability of ‘standard’ wine is precisely what makes the possibilities of the terroir ‘call’ worth cultivating and cherishing.

EVIDENCE TO SUPPORT THE NOTION OF TERROIR

In spite of considerable research there is little scientific evidence to show any correlation between specific soils and specific tastes or qualities. But absence of evidence, as wise scientists say, is not evidence of absence. And what defies laboratory analysis is clear enough to our senses in many wines, as discernably different details of taste, style and, especially, quality (see Tasting 10, p174). Sensory, organoleptic evidence, that is, has been transparently clear to observant tasters for centuries.

For proof of its existence one has only to taste in a good Burgundian or Mosel cellar, to see that year in, year out, in greater and lesser vintages alike, the same prime sites regularly reproduce particularities of style and quality that are noticeably different from those of their neighbours. Where grape, vineyard practices and winemaking are exactly the same, terroir provides a convincing, if not yet scientifically provable, explanation for those differences.

France’s appellation laws, giving place names to her wines, are based on the long experience that certain combinations of soil and grape offer the potential to do better than others. Potential because it requires wise hands in the vineyard, and a sensitive palate in the winery to reveal what is latent in the terroir.

Terroir matters because where it exists it offers the opportunity to create something special that, once sensed and enjoyed, we would feel poorer without. It matters because we are asked to pay more for such wines, and we should therefore demand more from them, and complain if they don’t come up to scratch. It matters because winemaking practices can easily dominate and mask their qualities. And, given their uniqueness, that is tragic.

HOW TO DISCOVER TERROIR IN THE GLASS

If you want to get a sense of terroir, it is not difficult to do. It is implicitly a comparative concept, and lends itself perfectly to direct comparisons with two glasses (see p192). Single-grape wines without new wood are easier to begin with (Riesling, Chardonnay …), because they allow the nature of terroir to come through with greater clarity. And Pinot Noir for reds. Aim for the same vintage to minimise the variables. You have a good example of a terroir quality comparison in Tasting 10 (p174). A few other first-rate examples, which emphasise differences of style, would be:

BELOW Australia’s most famous terroir, in Coonawarra. A deep limestone layer covered by a ‘terra rossa’ topsoil. The New World is increasingly interested in terroir, about which it was for a long time sceptical. New terroirs are being discovered round the globe, where grape- / site-combinations contain the promise of something individual, something special.